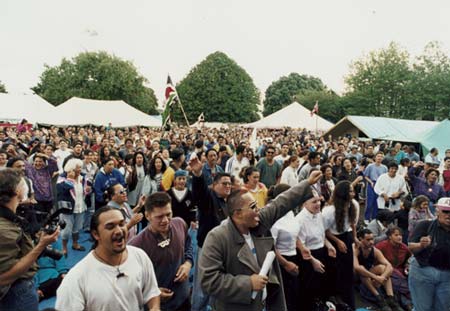 In 1995 Whanganui Māori occupied Pākaitore (Moutoa Gardens) in Whanganui city to protest at historical grievances. This group of protesters is singing, just after 5 p.m. on 31 March 1995 – which was the deadline given for them to leave. They remained at Pākaitore until 18 May. An agreement was later signed between iwi and local and national governments over co-management of the gardens.