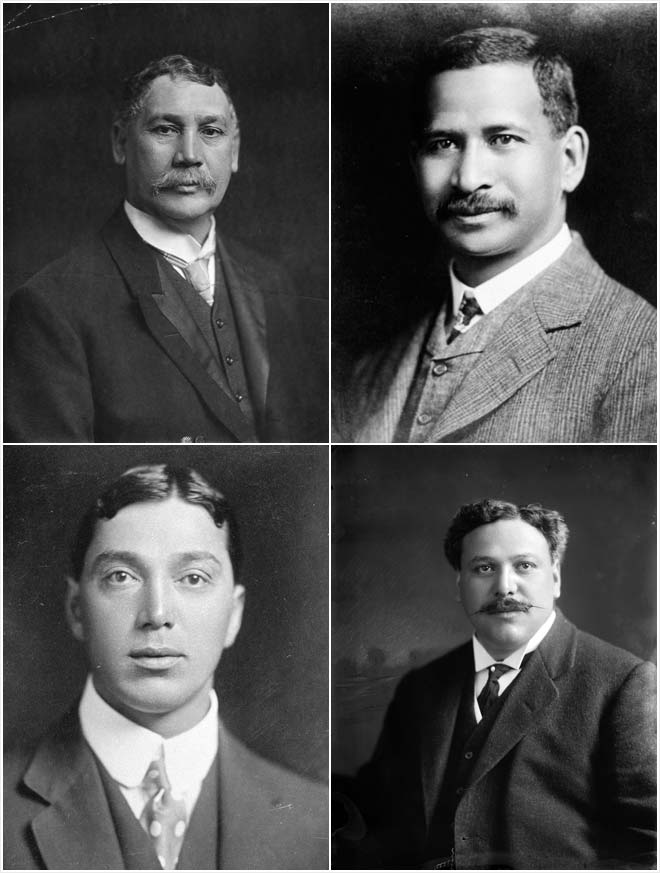 A new generation of able bilingual Māori members of Parliament such as (clockwise from top left) James Carroll, Apirana Ngata, Māui Pōmare and Peter Buck (Te Rangi Hīroa) held considerable social and political prominence in the early 20th century. This was taken as proof, especially by many non-Māori, that Te Tiriti o Waitangi had either been fully implemented or was no longer relevant.