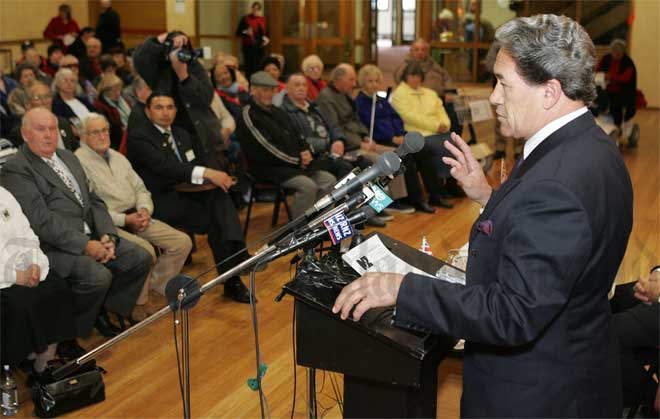 New Zealand First leader Winston Peters announces his party's law and order policy at a campaign meeting in Masterton. Peters entered Parliament as National MP for Hūnua in 1979. He then served eight successive terms as MP for Tauranga, first representing National and, from 1993, his own party: New Zealand First. In 2005 he became a list MP. New Zealand First won no seats in 2008 but returned to Parliament in 2011. From 2015 to 2017 Peters was MP for Northland. He lost this electorate in 2017 but was one of nine New Zealand First MPs returned on the party list. New Zealand First formed a coalition government with Labour that was supported by the Green Party.