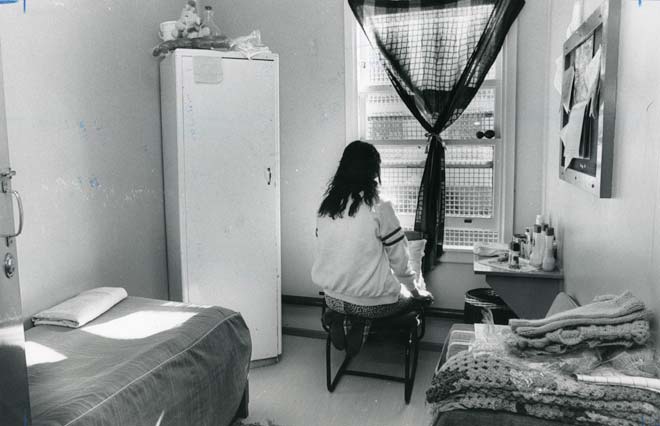 A woman sits in a cell at Arohata Prison in 1983. At this time Arohata was a youth prison for women, but it became a women's prison in 1987. During the 1980s the number of female prisoners remained relatively low, but in December 2011 there were 499 women prisoners in New Zealand. They were still a small proportion (around 6%) of the total prison population. In 2012 there were three women's facilities in New Zealand: Auckland Region Women's Corrections Facility at Manukau, Arohata Women's Prison at Tawa, Wellington, and Christchurch Women's Prison at Templeton (Paparua).

Mothers and babies in prison