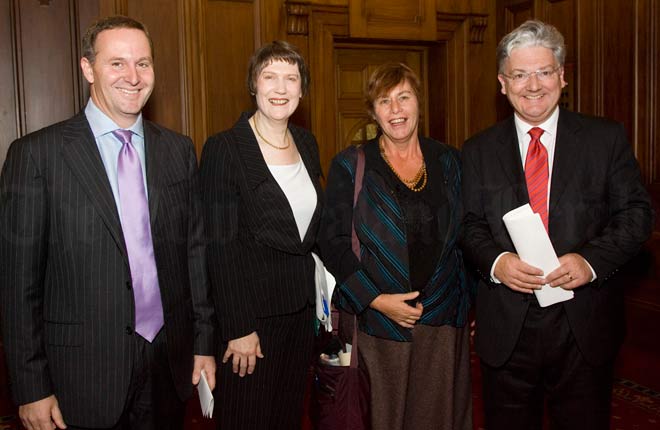 In 2007 a negotiation between then leader of the opposition John Key (left), Prime Minister Helen Clark, Green Party MP Sue Bradford and United Future leader Peter Dunne made it possible for the government to get a controversial piece of legislation passed. This was the Crimes (Substituted Section 59) Amendment Act, better known as the 'Anti-Smacking Act'. The amendment removed the section of the act that allowed parents to claim a defence of 'reasonable force' in cases of child abuse when they claimed they were disciplining their children. Critics claimed that it would criminalise good parents who used light smacking to correct their children, while supporters said it would send a strong anti-violence message in a country known for its high child abuse statistics. The party representatives agreed to support the bill if police were given discretion not to prosecute 'inconsequential' breaches of the law. This allowed the bill to pass, with only seven MPs voting against it.