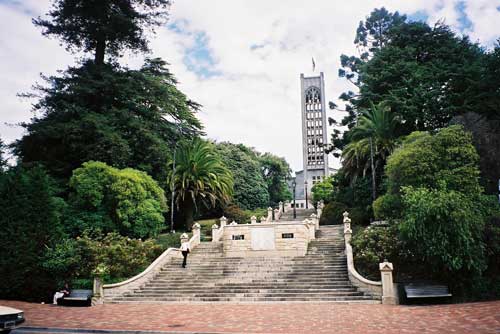 Today, Nelson’s Anglican cathedral stands at the top of Cathedral Hill, and is approached by handsome granite steps, constructed in 1913. But in 1841 it was known as Pikimai, and may once have been the site of a pā. In that year, after several dubious land purchases, Arthur Wakefield, brother of William and Edward Gibbon Wakefield, selected this site as the centre of the proposed New Zealand Company settlement of Nelson. The following year settlers arrived and administrative buildings appeared on the hill.