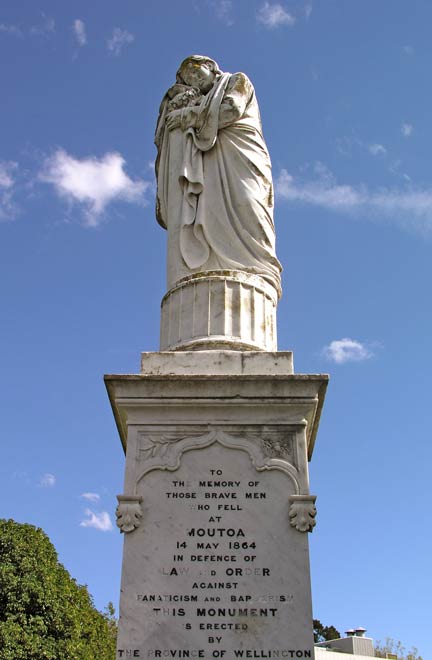 This monument in Whanganui is one of the few memorials put up immediately after the hostilities of the New Zealand wars. It remembers the lower-river Whanganui Māori who had fought upriver Pai Mārire followers on Moutoa Island in the Whanganui River on 14 May 1864. The memorial reflected the gratitude of Pākehā, especially in Whanganui town, that the battle had saved them from attack. Other memorials to the New Zealand wars were erected in the first two decades of the 20th century. There was a desire to recognise earlier military service on behalf of the British Empire, as a salutary example for a generation that was expected to fight in the First World War.