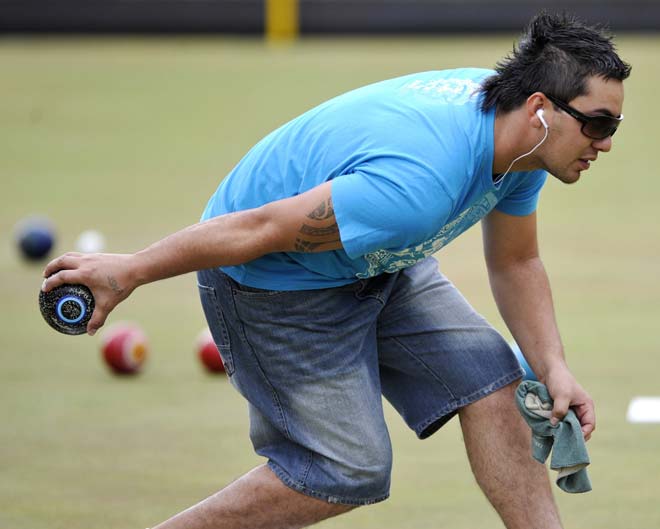 Shannon McIlroy from Nelson practises at the North East Valley greens in Dunedin in December 2010. McIlroy, from Ngāti Porou, was unusual among bowlers in that he was one of the few Māori males to succeed at the highest level in bowls. He was very young when he did so, aged only 19 when he became a member of the national title-winning fours team in 2006. McIlroy was also a member of the New Zealand triples team at the 2010 Commonwealth Games in Delhi.