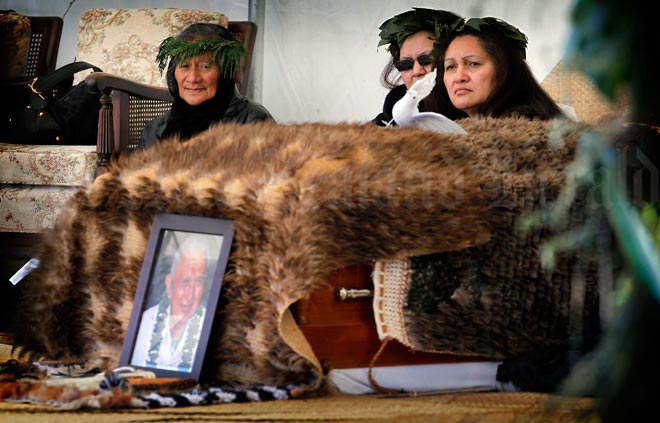 The death in 2011 of Whatumoana Paki, the father of the reigning Māori King, was an occasion for traditional mourning ceremonies on a large scale. His tangi was attended by representatives of almost every major tribe in the country. Here his grieving family sit beside his coffin at Waahi Marae, Huntly. Treasured feather cloaks and other symbols of the dead man's life and status have been placed around his coffin.