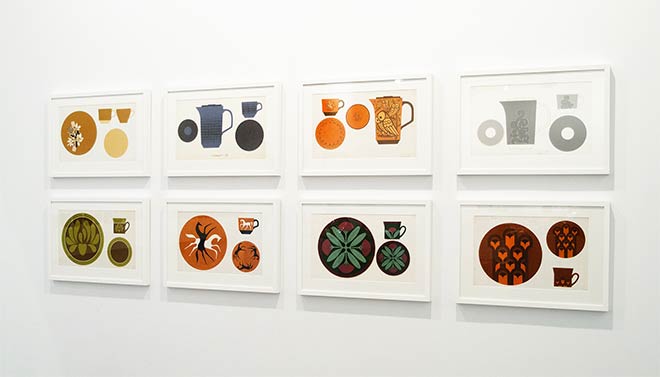 Until the late 1950s ceramics firm Crown Lynn used lithographs imported from England and the United States to decorate products. Mostly floral and romance scene patterns, they were not inspiring in a era when more modern design was starting to penetrate the mainstream market. In response, Crown Lynn owner Tom Clark decided to launch a design competiton for mass-produced tableware in 1959 and over the years this competition introduced a host of new modern patterns.

This selection of ceramic designs from 1959 to 1979 was shown in the Crown Lynn: Pottery of Distinction exhibition at Wellington’s City Gallery and the Crown Lynn: Pottery for the People exhibition at Auckland's Gus Fisher Gallery in 2011. The patterns include Peter Gibb's winning entry at the 1967 awards (top, second from left), which was later given the name 'Novelle'.