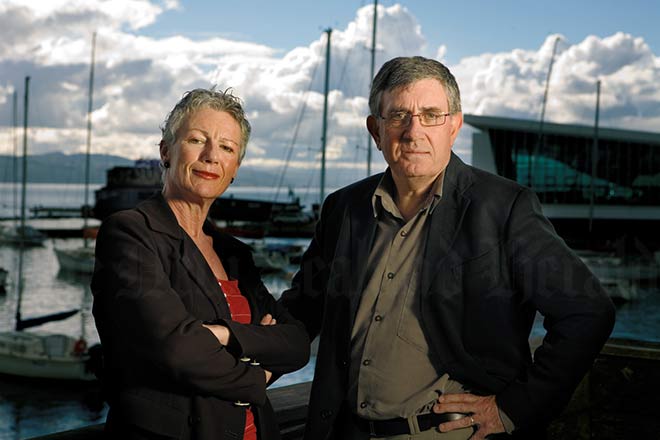 Paul Callaghan is shown with the radio journalist Kim Hill, with whom he recorded a series of interviews about science which were subsequently published as a book. Callaghan was a physicist with an international reputation who became the founding director of the MacDiarmid Institute for materials science and nano-technology at Victoria University of Wellington. He was also an important public intellectual, speaking and writing about new opportunities for economic growth in New Zealand.