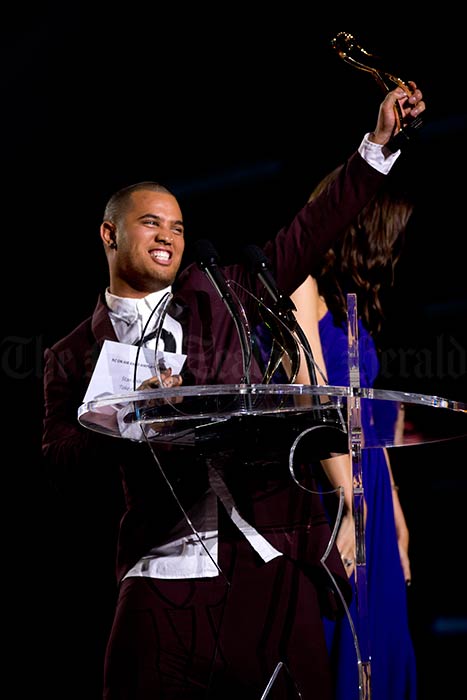 Stan Walker celebrates winning the NZ On Air Radio Airplay Award at the Vodafone New Zealand Music Awards, 21 November 2013. Walker won the award for his song 'Take it easy'. NZ On Air sponsored the Airplay Award and the Best Video Award, won by Joel Kefali for the video for Lorde's song 'Royals'. Artists with backing from NZ On Air won 10 of the awards at the 2013 ceremony.