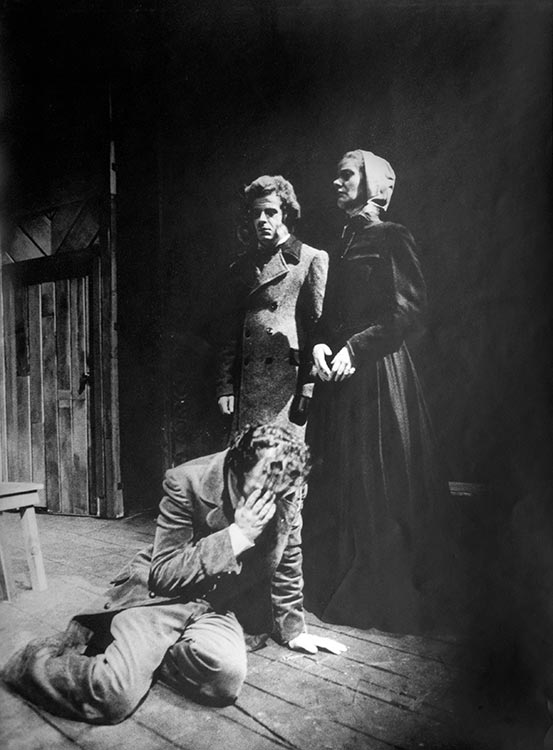 Auckland's Mercury Theatre opened in 1967. This is a scene from a 1973 production of James McNeish's The rocking cave, about a religious settlement in Waipū. Pictured are Bevan Wilson (back), Helen Smith and David Weatherly (seated on the floor). The producer was Tony Richardson.