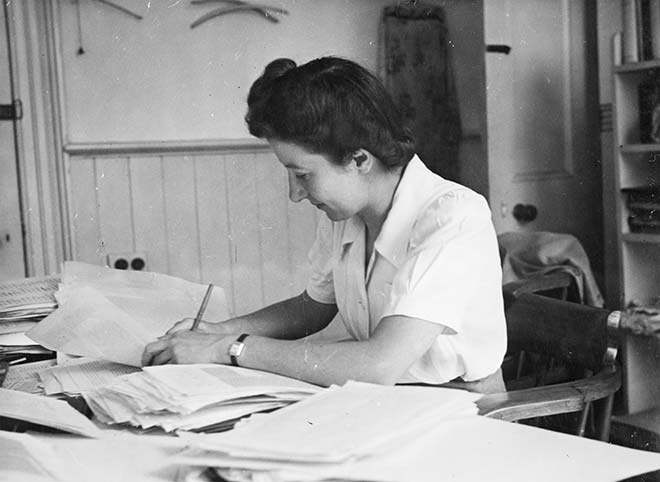 Janet Wilkinson (later Paul) was one of the mainly female staff that kept the first Historical Branch going during the Second World War, under the guidance of J. C. Beaglehole. Others included Ruth Guscott (later Burnard, then Ross), Mary Mackersey (later Boyd), Nancy Wheeler (later Taylor) and Frances Fyfe (later Porter). All studied history with Beaglehole at Victoria University and went on to produce (in one way or another) significant historical works. Janet Wilkinson had a particular talent for book design and typography. She married Hamilton bookseller Blackwood Paul in 1945, and they established a publishing firm that produced many notable New Zealand books.