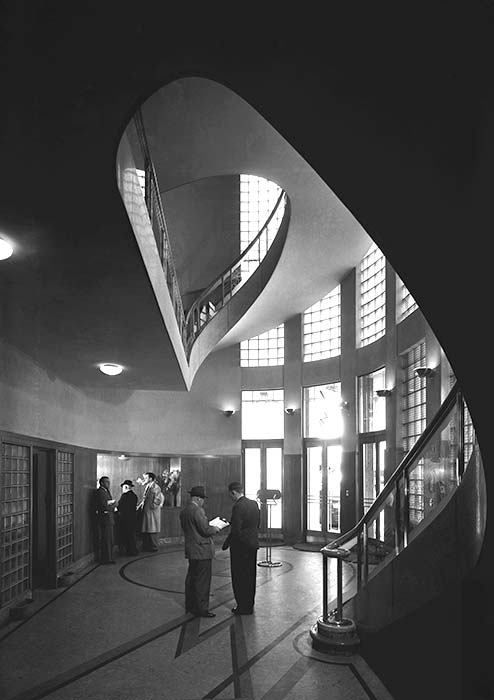 Auckland's Broadcasting House in Durham Street West was among New Zealand's first modernist buildings of significance. Designed by Alva Bartley and Imi Porsolt and opened in 1941, it had a facade featuring horizontal window bands and a splayed corner stairwell and entrance. This 1947 interior view of the entrance highlights the sculptural, cantilevered stairwell. The building also boasted an impressive radio theatre for live performances. It was demolished in 1990.

Hi there...I did so many