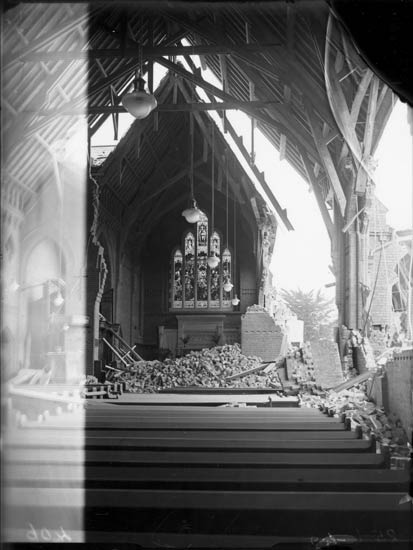 Part of the eastern wall of St Matthew’s Church in Masterton collapsed in the earthquake of 24 June 1942. Five days later, for safety reasons, the army decided to demolish the church. Engineers set off a 16-pound charge of gelignite but nothing happened. They then used a 50-pound charge, which demolished the eastern wall and roof but also rocked nearby buildings, smashing windows in the vicarage and several houses. Another charge finally brought down the western wall and façade. People living near the church complained that the demolition did more damage than the earthquake.