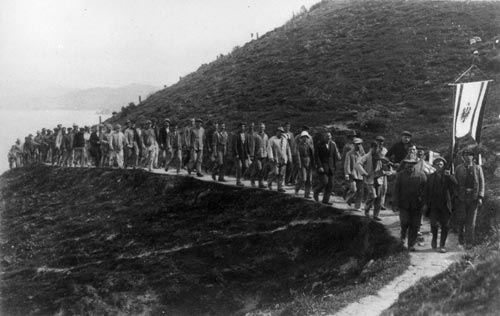 During the First World War, Germans, along with other New Zealand residents classified as enemy aliens, were interned on Somes Island (Matiū) in Wellington Harbour. Here, they fly their flag as they plod along one of the island’s tracks. A drummer, some fiddlers and an accordionist are visible near the front of the group. Monotony was the main enemy of these men, and playing music gave them some distraction.

The Grafton at Jackson Bay, about 1880