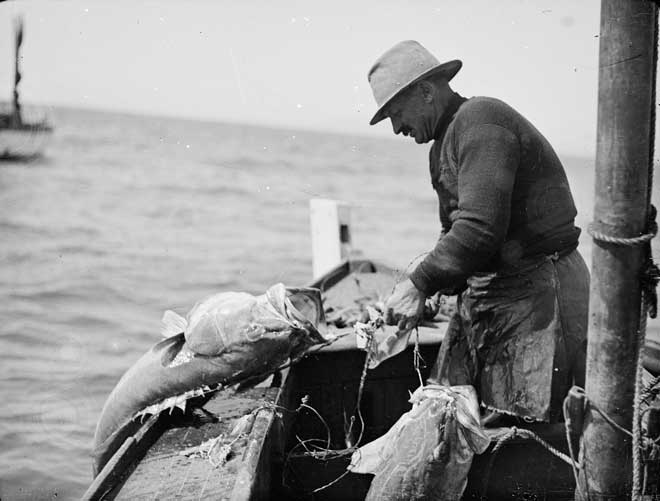 Fisherman Jack Tait, originally from Shetland, hauls groper from the waters of Cook Strait onto the decks of the San Marco. Before the Second World War the fishing industry was characterised by many small boats fishing coastal waters and supplying the domestic market. Jack Tait was among a group of fishermen who formed the Wellington Fishermen’s Co-operative Limited during the tough depression years of the 1930s. This helped to give members security of income, and the cooperative operated successfully until 1963.