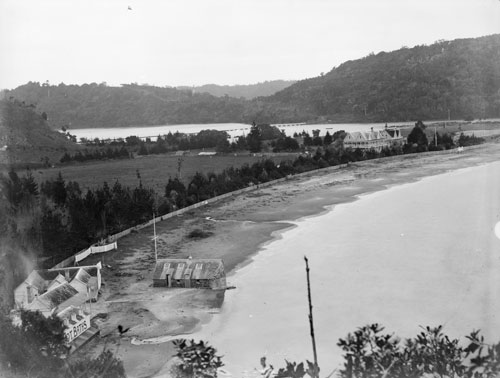 Hot springs which bubbled up through the sandy beach at Waiwera, north of Auckland, were known to Māori long before they were developed by the Scottish entrepreneur Robert Graham. From 1875 on, he made various improvements, including bathhouses (bottom left). Towels are hanging on the washing line nearby. The large hotel further along the shore provided comfortable accommodation for visitors arriving by steamer from Auckland.