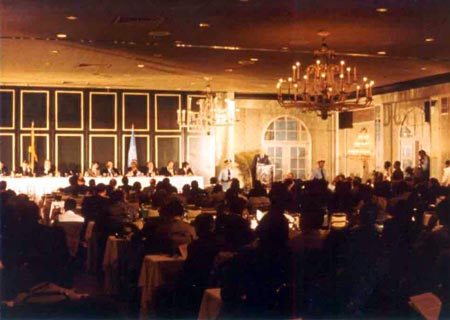 By the mid-20th century, some small countries were challenging the concept of freedom of the seas, which they saw as allowing large maritime states to engage in threatening or exploitative activities far from their own shores. Trying to prevent possible conflict, the United Nations held conferences in 1958, 1960 and 1974. The 1974 conference eventually resulted in the 1982 UN Convention on the Law of the Sea (UNCLOS). This photograph shows the plenary session held at Montego Bay, Jamaica.