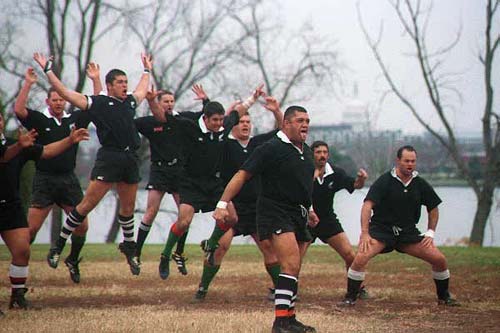 Players from the New Zealand Ambassador's rugby team perform a traditional Māori challenge, known as a haka, before the annual Ambassador's Shield rugby match. The competition began in 1997 after some rugby-playing New Zealanders living in the United States met up with the New Zealand ambassador. In each of the years following, a team made up of New Zealanders from around the United States played one of the local Washington rugby teams. After six consecutive defeats the Americans finally won the 2003 game.