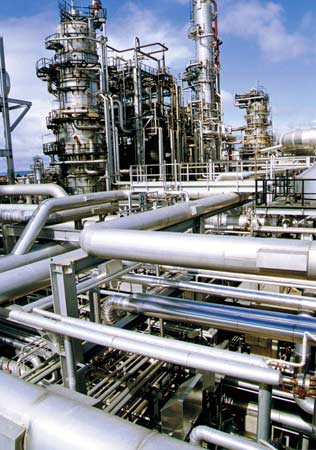 The Motunui synthetic petrol plant was the first (and only) one of its type in the world. It converted gas to methanol (methyl alcohol), then to synthetic petrol. At the time of its conception, in the early 1980s, world oil prices were very high. Unfortunately, by the time it began producing in 1987, the prices were dropping, making it redundant. Instead of full production of synthetic petrol, the plant switched to making more methanol. It produced its last synthetic petrol in 1997.

i would suggest talking more