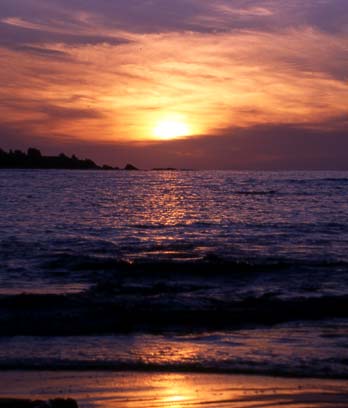 The natural world forms a cosmic family, in the traditional Māori view. The weather, birds, fish and trees, sun and moon are related to each other, and to the people of the land.

Whare whakairo – symbol of the world

The world is a family

Māori people traditionally believed that in nature everything was linked together. Birds, fish, people, even the wind and sun, were all part of a big family.

The gods and their families

In the Māori story of creation, the world began when the earth mother, Papatūānuku, and sky father, Ranginui, came together to produce 70 children. The children separated their parents, pushing Rangi up and letting in the light.

Each child became a god of some part of nature, such as the forest or the wind. Then they had children of their own. For example Tangaroa, god of the sea, produced all the fish. And so the family of nature, including humans, came into being.

Experts with special knowledge would recite whakapapa (stories, genealogies). They listed the ancestors of humans, animals, trees and other things in the natural world.

These storytellers would also explain things in nature, such as why the New Zealand pigeon has colourful feathers. In this way, they passed knowledge down the generations.

Tangata whenua – people of the land

Often when Māori identify themselves they talk of the mountains, lakes or rivers that are important to their tribe. The Ngāi Tūhoe people believe their ancestor was the mist that covers the Urewera mountains.

Day and night were called Te Ao (light) and Te Pō (darkness). Māori linked light with peace and understanding, and darkness with conflict and confusion. The rising and setting of the sun also symbolised the cycle of birth and death.

Beyond light and dark lies the mysterious world of Te Kore. Some people experience this spiritual place in their everyday life. They feel the presence of a higher power or supreme being.

Print the full story
Next: Page 1. The traditional Māori world view Next