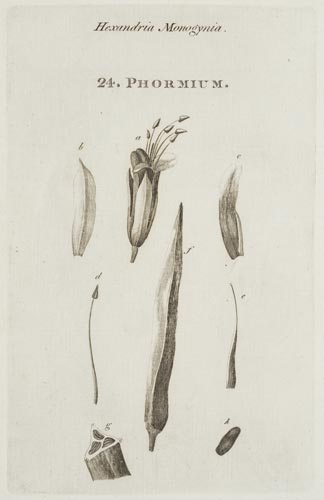 This sketch of flax or harakeke was published in Characteres generum plantarum in 1776. The work was by Johann Reinhold Forster and his son Georg, who were naturalists on James Cook’s second voyage to New Zealand in 1772–75. The pair recorded 36 species of birds at Dusky Sound, Fiordland – an improvement on Cook’s first visit, when no land birds were scientifically described and only one seabird was drawn.