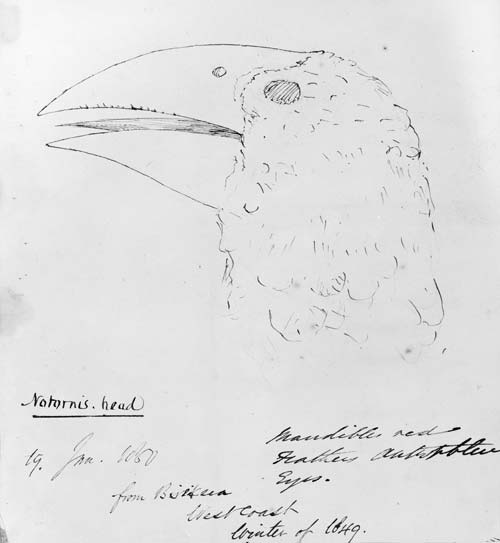 This drawing of a takahē (Porphyrio hochstetteri, previously Nortornis mantelli) is from Walter Mantell’s scrapbook, held in the Alexander Turnbull Library in Wellington. The illustration was done somewhere on the West Coast in the winter of 1849. Mantell found takahē bones in 1847, and was the first to send bones and a takahē skin back to England for description and identification.