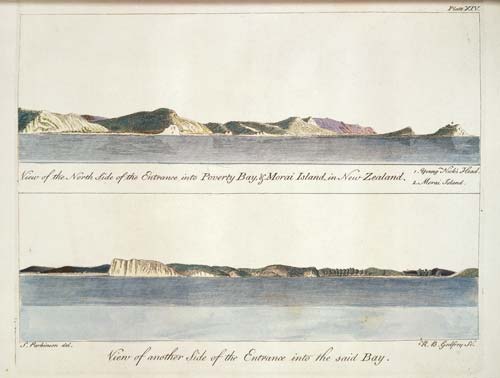 These hand-coloured engravings of Poverty Bay were based on a drawing by Sydney Parkinson, the artist on James Cook’s first voyage to New Zealand. Parkinson clearly intended to record the land and its geology as accurately as possible. The care with which he showed the topography was designed to inform future navigators, just as his engravings of plants were intended to help future botanists.