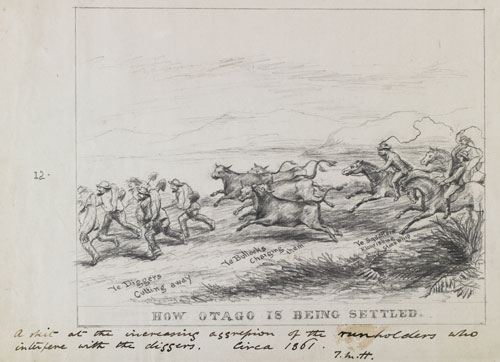 The rush for land was described by various terms, including earth hunger, land fever, land seeking and run-hunting. This 1861 cartoon depicts the race to obtain and settle land in the mid-19th century. At the time, large parts of Otago had been designated goldfields, but pastoralists were keen to move into these areas as most available land was already in runs.

Spotting on a sheep station