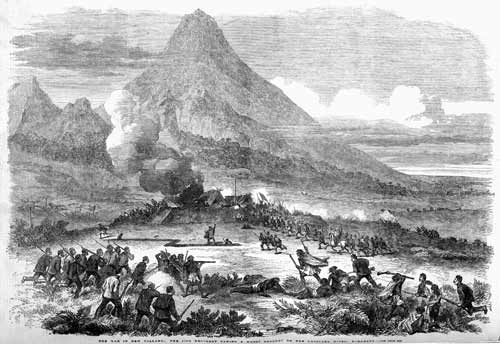 In June 1863, during the war in Taranaki, a large government force attacked a Māori fortification on the Katikara River. Heavily outnumbered, the Māori were defeated. Those who did not escape were trapped and killed. They included people of the Taranaki tribe. This wood engraving depicts the 57th Regiment taking the Māori pā.

Memorial to Māori at Katikara