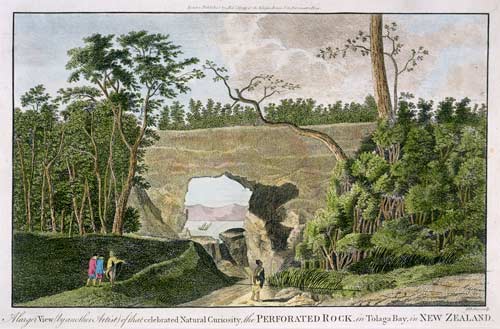 This hand-coloured engraving is a copy of a drawing by Sydney Parkinson, the artist on James Cook’s first voyage. Parkinson was impressed by the New Zealand landscape, and in his drawing he recorded this natural curiosity at Cook’s Cove, near Tolaga Bay. In his journal he noted the potential of the same area for growing crops. Parkinson’s drawing was based on an original sketch by H. D. Spöring, the assistant naturalist on the voyage.