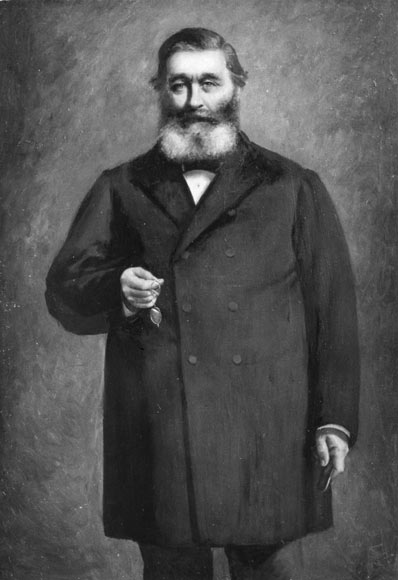 A Scot who had worked in business in London, James Macandrew migrated to the new colony of Otago with his brother-in-law in their own schooner in 1851. An enthusiast for development, Macandrew was elected superintendent of the province in 1860 – but he went bankrupt, and was jailed and removed from the superintendency in 1861. His popularity as a booster for the province saw him re-elected in 1867, and he retained office until the provinces were abolished in 1876.