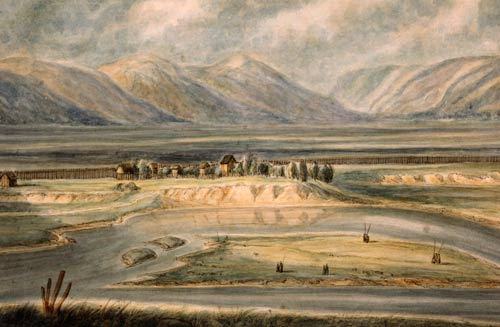 Hawke’s Bay saw less conflict in the 1860s than other places in New Zealand, but was not combat-free. The arrival of members of the Pai Mārire (Hauhau) faith in the region in 1865 was seen as a challenge to government authority and a threat to European settlements. In 1866 there was a battle at Ōmarunui on the Tūtaekurī River between the visiting Pai Marire group and their local supporters on one side, and kūpapa (neutral or ‘loyal’) Māori and government forces on the other. The government side won the battle. The Pai Mārire adherents were branded as rebels, and Māori land was later confiscated.