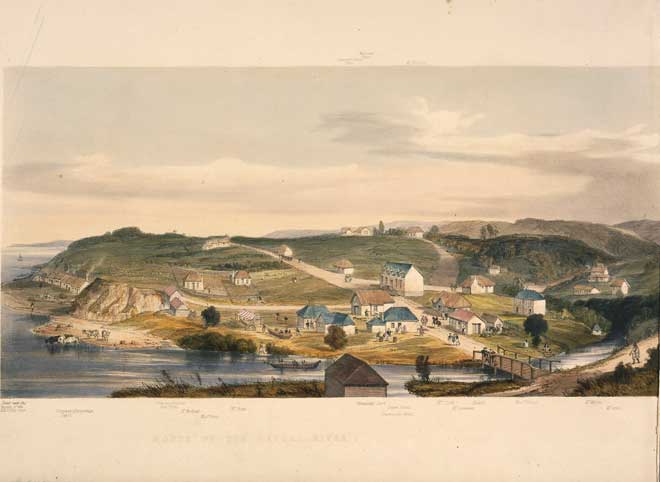 This lithograph was published in Edward Jerningham Wakefield’s book Adventure in New Zealand and was intended to present an idealised view of a New Zealand Company settlement. The caption to the original image said that ‘the colonists are essentially agricultural’. The initial expectation of the Wakefield settlers was that the colony would support itself primarily through growing grain.