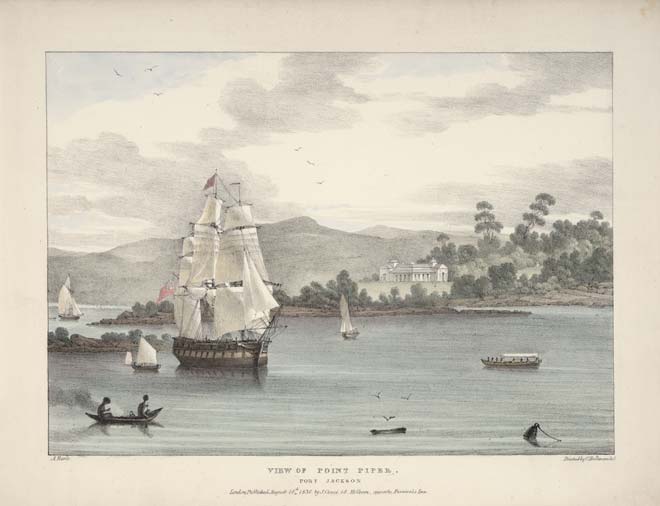 Port Jackson on the eastern Australian coast, headquarters of the British convict colony of New South Wales, was the point of departure for many vessels trading into New Zealand in the early 19th century.