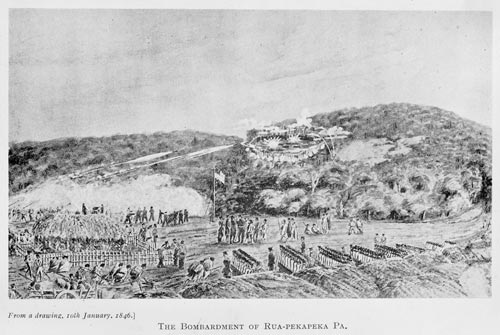 Major Cyprian Bridge of the British Army's 58th regiment sketched a battle at Ruapekapeka pā, Northland, in 1846. British troops, who are supported by 'friendly' Māori, are bombarding the pā in the background. Battles in the 1840s were some of the earliest occasions on which relations between Māori and Europeans deteriorated into open warfare.