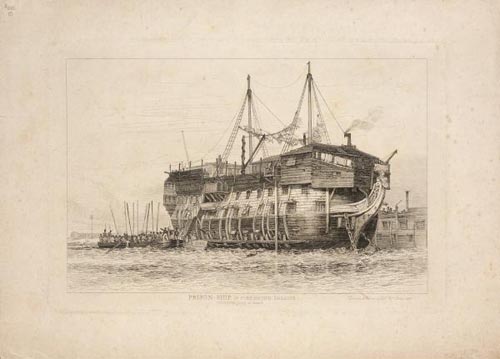 A prison hulk floats in Portsmouth Harbour, England, in this image from 1828. In the years following the American revolution in the 1770s, convicts who would formerly have been deported to North America had to be held in British prisons instead. As the prisons became overcrowded, the dilapidated hulks of ships were increasingly used to hold inmates. From 1788, when transportation to Australia began, hulks continued to be used as holding stations for convicts before they were deported.