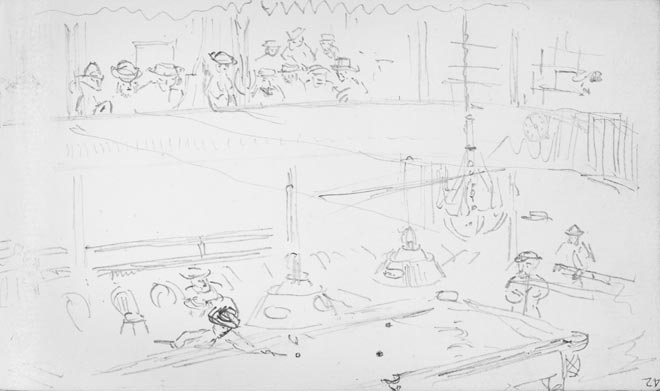 This sketch from the mid-1860s depicts a game of billiards, probably in Dunedin. The provision of seating for spectators indicates this is taking place in a public billiard room rather than in a private gentlemen's club. Billiard saloons and billiard rooms in hotels opened the game up to become a sport that working-class men could also play and watch. In the 19th century billiards was a popular spectator sport, with considerable audiences watching both amateur tournaments and professional matches.

Layout of a billiard table