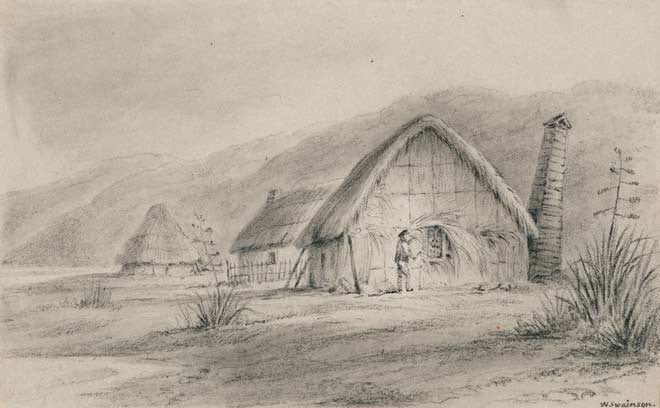 Many of the first Europeans who settled in New Zealand lived in Māori-style whare, whose design was sometimes modified to reflect European housing traditions. These whare or huts were built on the Petone foreshore by Māori to house some of the first Pākehā settlers in January 1840. While made from traditional materials such as flax and raupō (reeds), their design resembled a small English cottage, with steeply pitched roofs, side windows and an exterior chimney.