A few moments at the piano, late 19th century 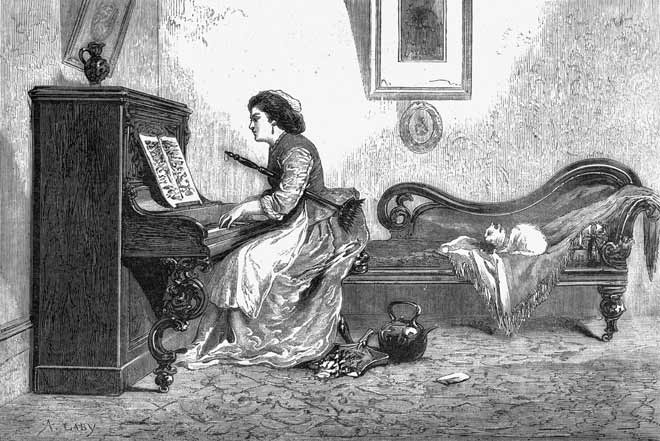 During the 19th century and much of the 20th century women were occupied with domestic chores and child-rearing day and night, and they had to fit recreation and hobbies around this work. This engraving of a woman at the piano, with a broom under her arm and an abandoned shovel and teapot on the floor, is perhaps extreme but it does illustrate the point.