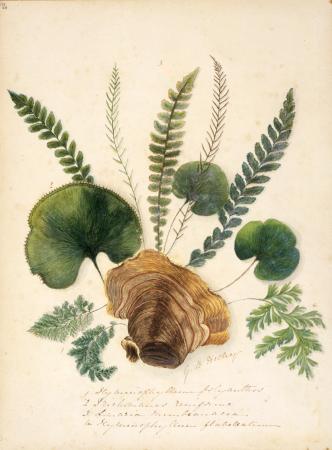 Botanical artist Georgina Burne Hetley developed a love for the New Zealand bush during her residence in Taranaki from 1852 until 1863, and sought later to record its uniqueness in her depictions of indigenous flora such as this watercolour and ink sketch of North Island ferns.