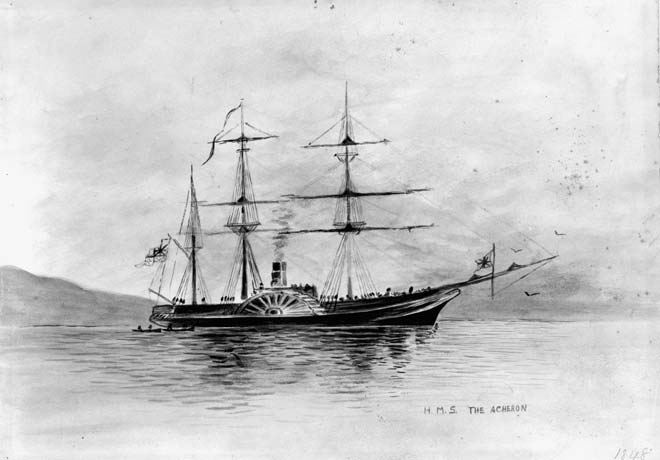 The Acheron was a 655-tonne wooden paddle steamer which also had sails. Between 1848 and 1851 it surveyed much of the New Zealand coast. Many of the charts created by its crew were used for the next century. By the time the New Zealand navy obtained its first survey vessel, the Lachlan, in 1949, the majority of available charts were nearly 100 years old.