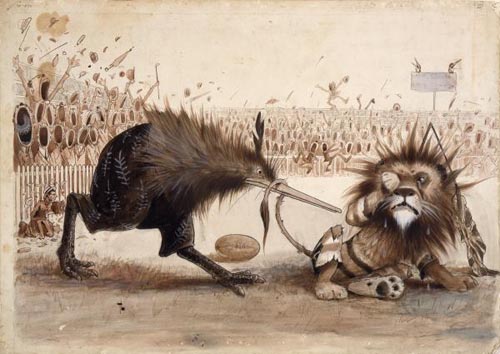 Trevor Lloyd's cartoon celebrates the All Blacks’ rugby victory over an Anglo-Welsh team in July 1908. Following the All Blacks defeat by Wales on the 1905 tour, Lloyd had drawn one of the earliest cartoons using the kiwi as a national symbol when he showed the kiwi unable to swallow Wales.