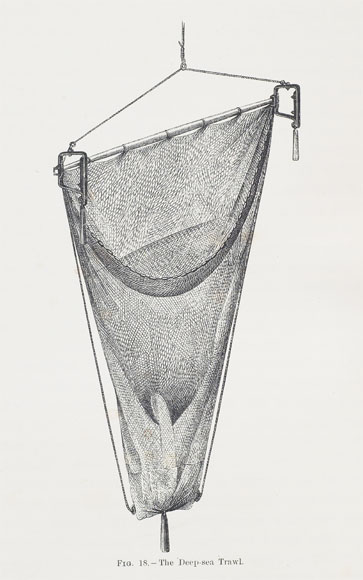 Scientists on board the Challenger were attempting to do things that had never been done before, such as collecting samples from the sea floor as deep as 4,800 metres. This is a drawing of the trawl they used – an open bag about 9 metres long and weighted with rolls of lead to drag along the sea floor. The first time it was used much wear and tear was noted. The wood had been so compressed that the diameter of the hardwood beam was reduced by half an inch. The beam had broken through the middle, and the trawl was torn and crushed.

The voyage of the Challenger