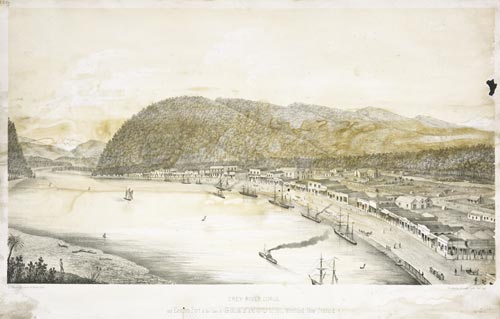 This 1866 lithograph of Greymouth is by James F Barke. The region was part of the Arahura purchase of 1860, and the local Poutini Ngāi Tahu people found themselves quickly outnumbered by the settler population. While Poutini Ngāi Tahu cherished pounamu, it was the discovery of gold that saw the township boom. At the end of 1864, the population was about 800, but it had doubled by the end of 1866.