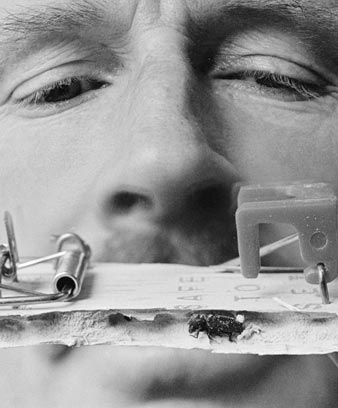 New Zealand’s native plants and animals, as well as its farming industries, can be threatened by pests and diseases that arrive from abroad. Biosecurity efforts aim to protect the country’s economy, health and environment by policing borders and monitoring invasive species.

Biosecurity means protecting people, resources, plants and animals against harmful species from other countries. New Zealand’s native species and farming industry can both be threatened by new pests and diseases.

Early European settlers tried to stop human and animal diseases arriving in New Zealand. They built quarantine stations on islands, where sick people had to stay until they were better. Imported animals were also quarantined.

Farmers realised that some pests and diseases found in other countries were not in New Zealand. But settlers imported many plants and animals they thought would be useful. Some became serious pests.

Laws were passed to prevent or control pests and diseases – including scab (a sheep disease), the codling moth, which attacked fruit trees, and weeds that threatened farming. The government began inspecting fruit and plants arriving at ports.

In the 2000s biosecurity was managed at the borders by:

However, some unwanted species still manage to get in – especially as trade and tourism increase. The painted apple moth, the Asian gypsy moth, and didymo algae have all been recently found in New Zealand.

Where possible, species are eradicated – or attempts made to slow their spread and reduce numbers.