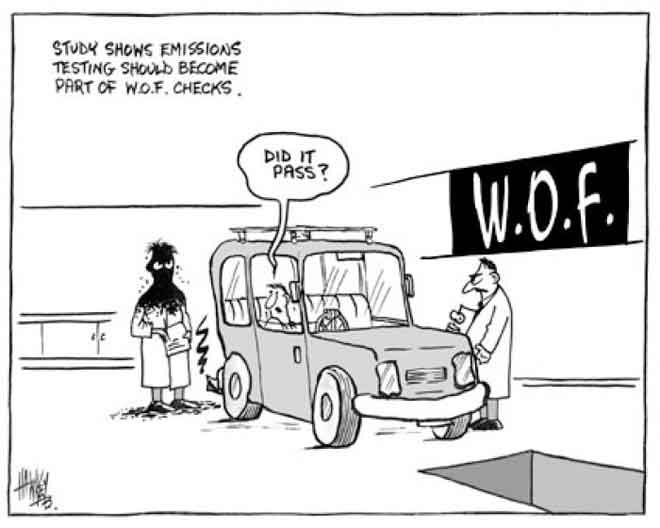 The motorist in this cartoon asks whether his car passed the emissions tests in a warrant of fitness examination. In 2006 a visual check of the amount of smoke emitted by the vehicle was added to the other tests for a warrant of fitness. This car would presumably have failed.