The consequences of reducing tariffs 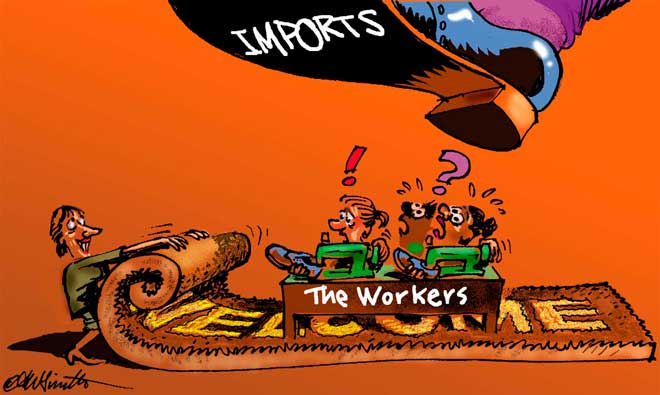 In this 2003 cartoon, Labour Prime Minister Helen Clark pulls the rug from under New Zealand workers while a big boot marked ‘Imports’ bears down from above. The cartoon refers to the government’s decision to continue reducing tariffs on footwear, clothing and textiles. As this made imported goods cheaper for consumers, New Zealand clothing and footwear companies laid off workers, closed down or chose to manufacture offshore. Many New Zealand clothing firms now design locally but manufacture in Asia.