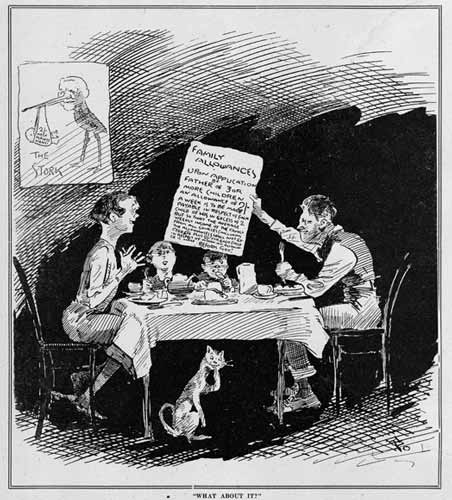 The Family Allowances Act 1926 introduced a means-tested allowance to families with more than two children on incomes of less than £4 a week ($341 in 2009 terms). Men in paid work were supposed to be paid enough to support themselves, a wife and two children – hence no payments were made for the first two children. This cartoon satirises the suggestion that an extra two shillings a week might encourage parents to produce more children. Few households were actually eligible for family allowances. However, poor Māori families did benefit – while only 5% of the population, they received 20% of all family allowances.