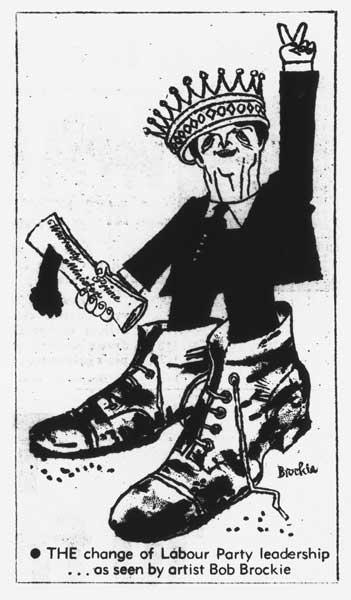 Bill Rowling was lampooned for his small stature and mild manner when he succeeded Norman Kirk, a big man. His low-profile approach was sometimes portrayed as weakness and he became the target of cartoons such as this one in 1974.

Ambassador to the United States