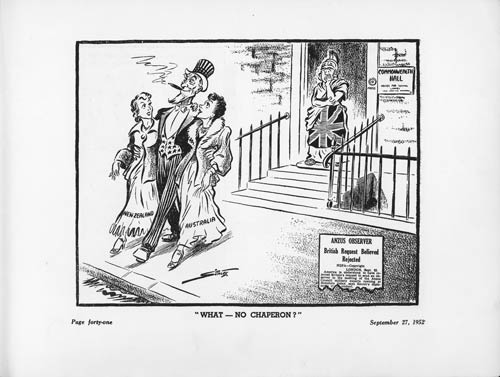 This cartoon reflects Britain's unhappiness that the United States had rejected its request to send an observer to an ANZUS council meeting in Honolulu, Hawaii, in 1952. The previous year New Zealand had joined Australia and the United States in the tripartite ANZUS security treaty. This represented a significant shift in New Zealand's relationships – hence the look of dismay on the face of a matronly Britannia as Uncle Sam (the US) walks away from Commonwealth Hall arm-in-arm with two young women (Australia and New Zealand).