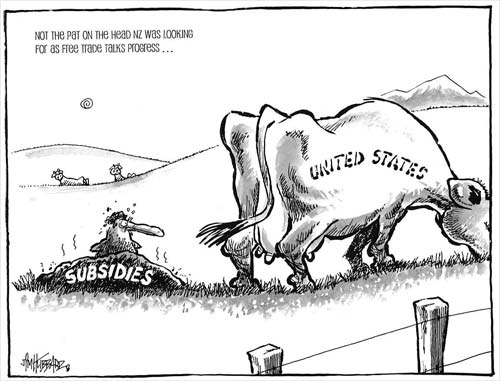 This cartoon from May 2009 expresses strong disappointment that New Zealand (unlike Australia) had not achieved a free trade agreement with the United States. Instead New Zealand farmers would continue to compete against American farmers, who had the advantage of subsidies.